No books selected! Let's go pick some out.
Go To Bookstore
Product is not available in this quantity.

Listen or Read For Free Below

Across the street from her house, a lady reaches into her mailbox and retrieves a handful of mail. She turns around ready to cross back, and stops. There, in front of her house, are two bare-footed, bare-chested boys speed-peddling their bikes up her driveway. They reach the top, turn sharply onto her flagstone stairway, then fly down the stone steps, thump, thump, thump. Their hands grip tight the handlebars. Their eyes are big and they break into smiles when they get to the bottom stair. Instantly, they’re up the driveway and bouncing down again! 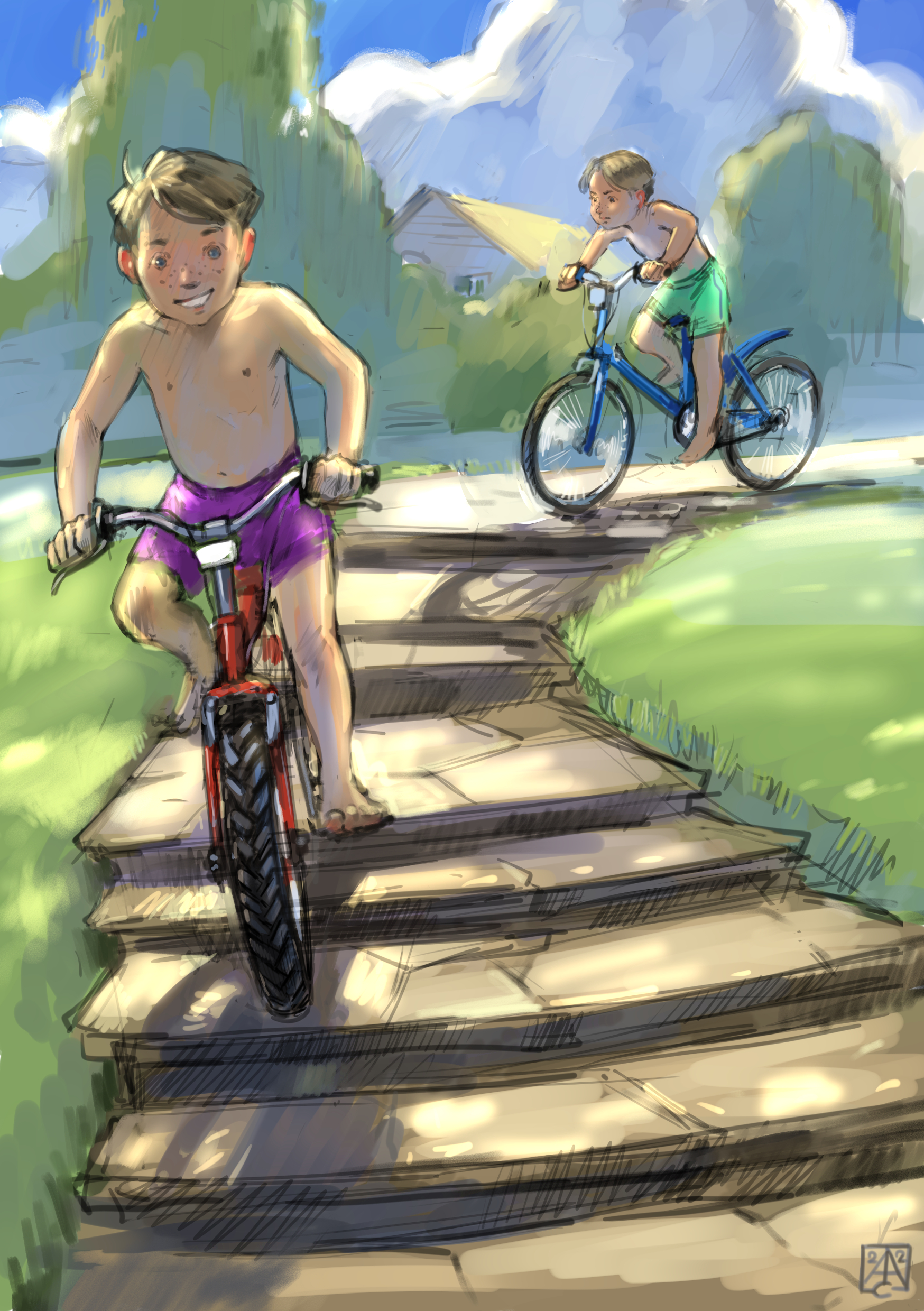 The one in the lead is an inch or so taller. Otherwise, they’re identical, down to their freckles. Neither are much taller than a yardstick. It had been a long time since the lady’s own children were that small.

Her first thought is, “Whoa! What are they doing!”

Her next thought is, “What if they fall! No helmets, no shoes, so much bare skin!”

She resists the urge to call out a warning.

She crosses toward them. They see her and stop their bikes before taking another pass up the driveway.

“Are you brothers?” she asks.

“Yeah, we are!” the smaller one says, looking over at his brother and stretching his chest out to stand taller.

“That’s my house,” the lady says, nodding up the driveway. She says it in a friendly way, wondering, “Could they be too young to know it might not be okay to use someone else’s front yard as their obstacle course?

”The brothers don’t say anything back, just look at her with open faces.

“They’re lucky they picked my driveway,” the lady thinks. “The neighbor next door would have screamed at them.”

“You’re pretty good on your bikes,” she says casually. “Did you just come from the pool?” —An easy guess with the pool just down the street and the boys’ bare bodies except for what could be swim trunks.

“They blew the whistle and made us get out for ‘rest break.’ Our mom and dad are still there with our little sister,” the smaller boy explains.

“So, you two are out exploring?”

“Did you know those steps are made of a type of rock called flagstone?”

Both boys turn to the steps and look. When they turn back to her, she leans toward them and whispers, “Their edges are as sharp as knives!”

They look at her, considering this. The littler one lays his bike down and walks over to the bottom step. He squats down, slowly reaches his index finger out and carefully touches the edge of the stone.

“When my daughter was your age, she fell on the flagstone and got a deep cut,” the lady says.

The boy turns to her and points to a scar below his knee. “I got a deep cut before!”

She crouches low and studies his scar.

“He had to get stitches,” his brother confirms, speaking for the first time.

The scar is faint, so it had to have happened a while ago. “But this boy hasn’t lived long enough to have faded scars already, has he?” the lady wonders.

Then she replays how he and his brother filled their moments just in the time that she watched.

Their conversation reaches a lull, and the brothers get on their bikes and peddle back toward the pool.

The lady watches their bare backs as the smaller one follows the bigger one along the sidewalk. She smiles. “They picked my driveway. I am the lucky one!”

Want to contact the creative minds behind this project?

Our 5th Book “Rubies and Gold” is in progress! In the meantime, please enjoy our new short story celebrating boy power—
“Boys on Mighty Bikes!”

For parents, grandparents, guardians, neighbors and appreciators of boy spirit!

Enjoying the message behind Brandy Pie Books? Let us know!

Leave Us A Review On Google 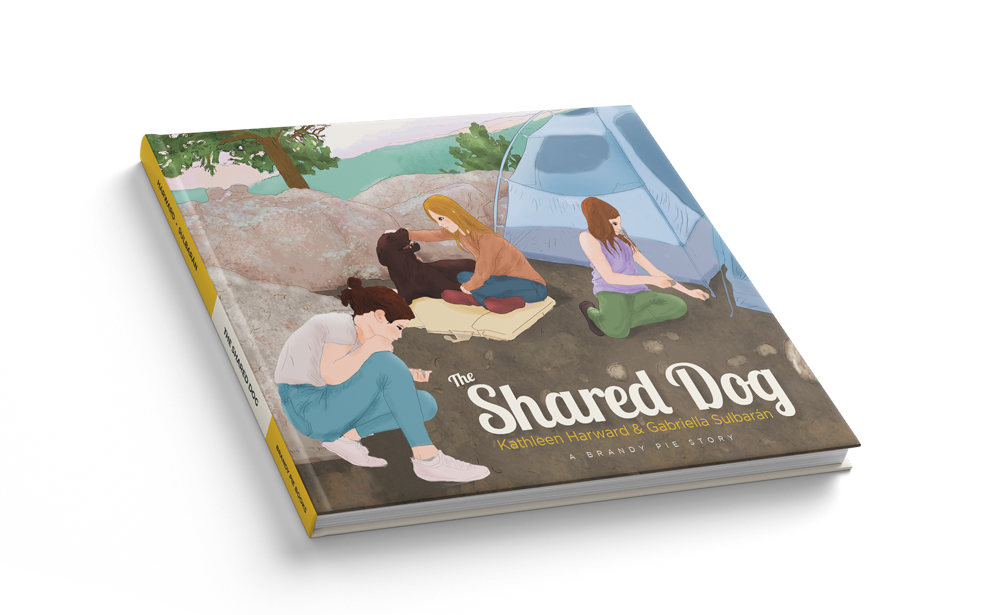 Three young sisters persist in asking for a dog. Eventually, their parents give in and later wonder why they had ever been reluctant. They get Brandy Wilbur Pie–a dog who loves and tirelessly carries out jobs for many people. While the sisters grow up under her example, Brandy's chin turns grey and finally she can’t get up anymore, though she keeps trying. The story ends with a loving scene in the backyard with Brandy surrounded by the ones she loves and their Vet, who help her to fly free. For ages 2-10 and plenty of story to strum hearts of older children and adults. Only soft covers available. 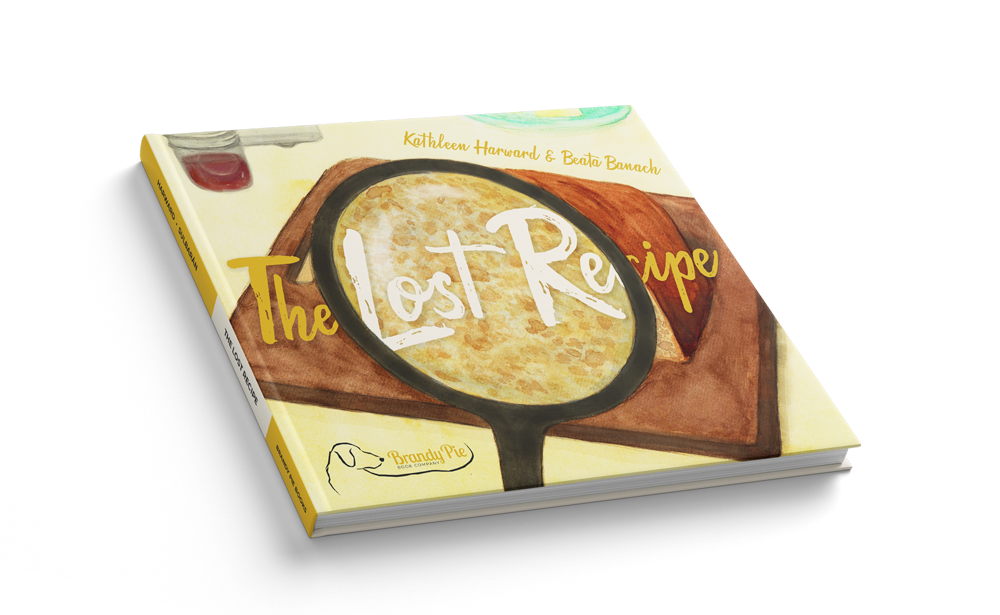 This is a “Let’s-Solve-the-Mystery-about-Gramma” book. The storyteller leads the readers on a search for clues to find the long-lost recipe for Gramma’s incredible toasting bread. They look into Gramma’s life for clues and learn her unique recipes for making more than just bread! Includes a recipe for children to make their own bread, quickly and easily. For ages 2-10 and plenty of story to strum hearts of older children and adults. 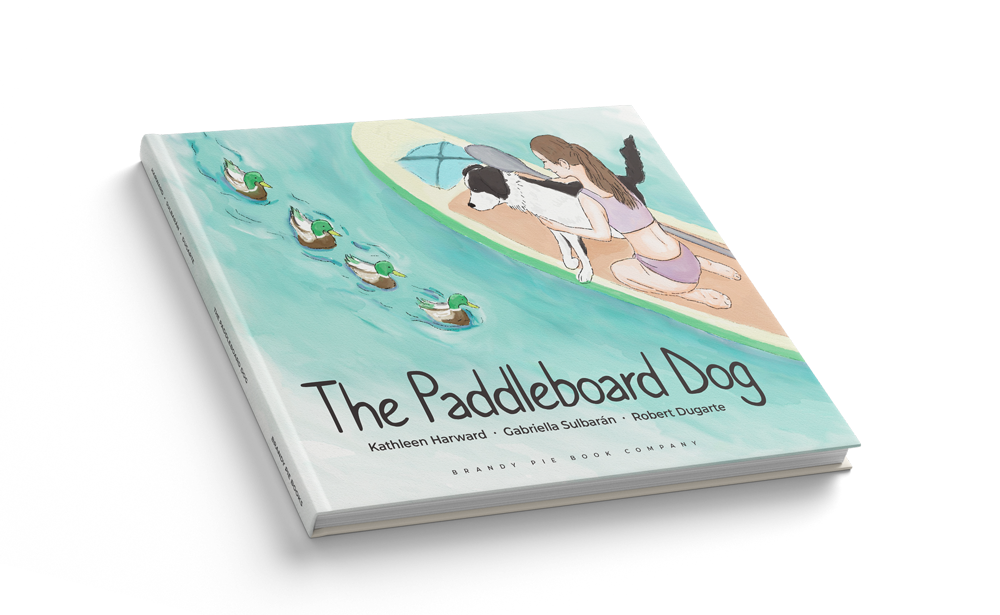 One of the sisters from The Shared Dog book has grown up and moved far from her home to teach science in Arizona. Many of her young students come from Indian Nation reservations hours away. They must live in dormitories to attend school. The teacher and her students are homesick, until a herding-working dog enters their lives and changes everything! For ages 2-10 and plenty of story to strum hearts of older children and adults. 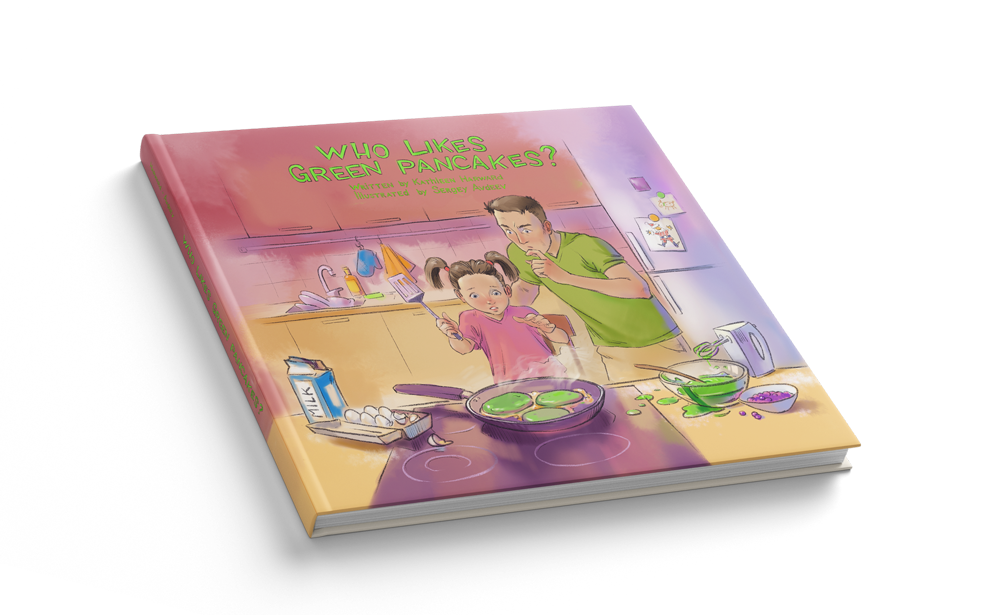 Super gift for Valentine's Day! Can a sick child start her first small business venture during a long hospital stay? What spectacular sights can children see from the top floor of a hospital? How do children stuck in the hospital over holidays find courage? And how do the children of hospital staff cope when their parents are away from home working over the holidays? A story of caring, courage, and surprises! For ages 2-10 and plenty of story to strum hearts of older children and adults.

Looking to listen and/or read along with "Boys On Mighty Bikes" Free AudioBook? Please enter your email for your free story!
Please note that Brandy Pie Book Company will not share or sell your information, and you may opt-in or out of emails at anytime.
Thank you! Your submission has been received!
Oops! Something went wrong while submitting the form.